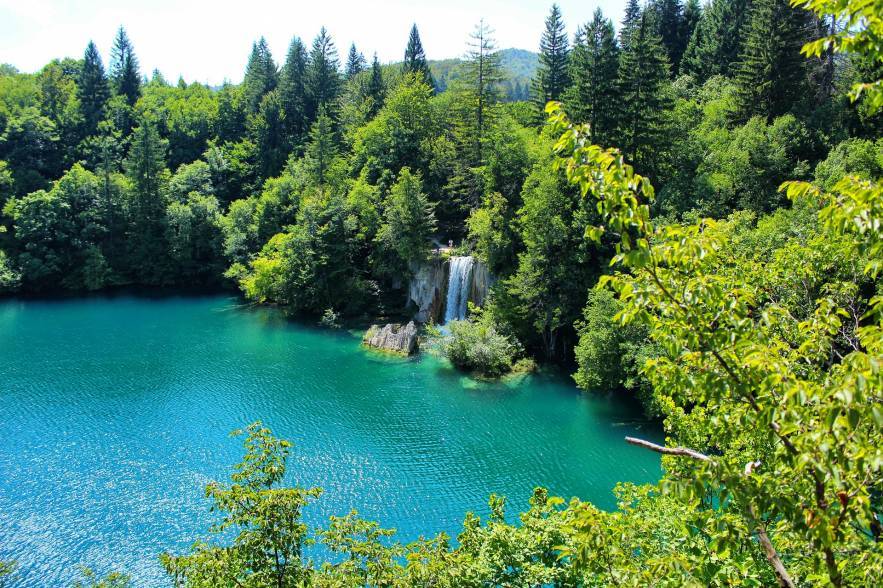 Many of you surely heard of Plitvice Lakes, but perhaps they were not the first choice of a destination in Croatia for a visit or a trip because many visitors prefer to choose the destinations of larger cities or islands for rest. If you rent a car in Zagreb You can arrive in 1 hour.

Plitvice Lakes are the most visited, largest and oldest national park in Southeast Europe. Plitvice Lakes were proclaimed the first national park on April 08, 1949, and on October 26, 1976, they received international recognition of the UNESCO World Heritage List. They are administratively located within the Lika - Senj County, located in the east of Lika - between Lika Plush and Small Chapel. The lake system consists of 16 larger lakes and several smaller ones, which are risen and steeply located and connected with waterfalls.

Are you wondering how this natural beauty was created in this unique geological and hydrological area?

Many scientists find that bacterial, algae, moss, natural habitat, climatic conditions and many other factors are responsible for the atractive natural phenomenon. Of great importance we could emphasize the enrichment of the crawfish in the lakes dissolved with calcium carbonate, which is rare in karst areas. Due to the enrichment of water, calcium carbonate, with the help of plant and animal life, is retained on the already created sedrenic barriers and surfaces in lakes.

In order to preserve this phenomenon, one of the most widespread prevailing forests surrounded by these beautiful lakes and waterfalls is one of the decisive facts that the lakes are not at a high altitude and ideally fit into the mountain landscape. The forest landscape, which has plowed the Plitvice Lakes, has one of the cardinal importance for survival of this beautiful national park, because during wet climatic conditions it retains and prevents the spread of excess water, and in drought-settled water it is distributed appropriately so that the plant and animal world survive. Forests are a kind of soil protection from erosion, affecting climate and hydrological conditions and participate in oxygen production and carbon storage.

Of the prominent fauna we would like to point one large forest dweller - bear Ursus Arctos although we know that his movements are the subject of constant attention and visitors can be said to leave no one indifferent to anyone. Despite often leaving the boundaries of the park, it is protected as well as the wolf Canis lupus. Of the other animals there is the otter of the Lutra lutra, the owl (rich ornitous fauna, as many as 163 bird species), ris Lynx lynx, Astacus river trout, Salmo trutta fario trout, Surio Owl, Gray Hawk Falco peregrinus, Turtle Turtle, Aquatic and many others animals.

Flora is also protected, and the spread of orchids we would feature it out and highlight that there are even sixty species in this beautiful landscape, and among them there is also the Lady Papillon Cypripredium calceoulus.

The protected area of ​​Plitvice National Park extends over 300 square meters of 300m4.

How to arrive at this natural phenomenon?

The easiest way to get to Plitvice Lakes National Park is by car.

Ticket prices for children younger than 7 are free of charge.

The Plitvice National Park is one of the top 5 destinations that our professional team Lutar rent a car warmly recommends daily to all our foreign and domestic clients, and because of its special beauty, a constantly transforming face that is constantly transforming its specific actions at different times therefore our advise is to visit and feel the charm of the Plitvice Lakes paradise at all seasons.