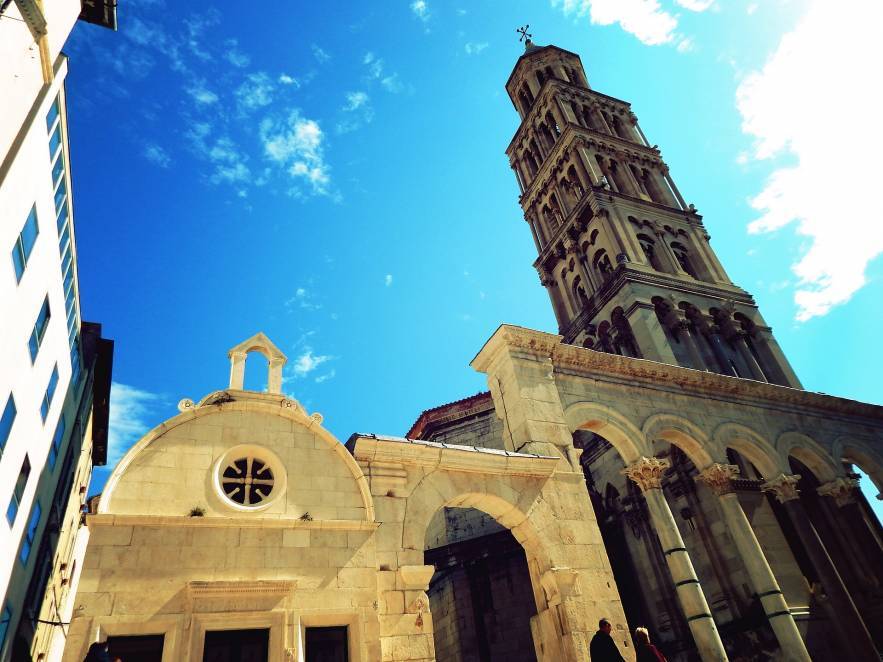 When spending your holiday in Split after getting acquainted with the city maybe you would like to check out some areas arround the city. Lutar rent a car has some suggestions for you. All the places can bee visited by renting a car for just one day.

Only 9 km North from Split this ancinet city was the capital of Roman province Dalmatia. Founded by the Greeks in 3rd Century BC as a trading post. Before that it was used as a stronghold and port for Dalmatae (part of Illiryans who lived in the area of west Balkans).  Because of it's strategic possition the settlement soon flourished having arround 60000 inhabitants. After it was conquered by the Romans it gained the status of a Roman colony and the cenetr of Roman power in provnce of Dalmatia. In the 7th Century AD it was sacked by Slavs and Avars and left in ruins after which the majority of people moved to the Dicletian's Palace (now Split).

Town of Salona expanded over centuries especially douring Roman rule. The city walls were built mosty arround 170 A. D. with arround 4km of walls that varry in width from 2-2,5m.

The thermae were a typical Roman building and important part of urban life back then. The Great Thermae is the best preserved of them all situated in the East part of the town.

Bridge of Five Arches was built over the river Jadro connecting the West bank of the river extending to the North-East.

One of the most recognizable buildings is the Amphitheatre in the North-West part of the town.  Built in the 2nd Century A.D. it was the place where Gladiator fights were held and it could accomodate  15000 to 18000 people.

At the end of the 1st Century the theatre was built with the capacity of 3500. The theatre of Salona is shown on Trajan's collum in Rome.

To fully experience Salona you will need to visit the town for your selves. Prices fot tickets go arround 30 kuna (4€) for adults and 15 kuna (2€) for children. Guided tours need to be booked a day in advance and cost arround 300 kuna (40€).

The  medieval fortress is situated above the village of Klis 14 km North of Split on the altidute of 360m. Placed on the mountain pass between West side of Kozjak mountain and East side of Mosor mountain it was a very important strategic point overlooking the route between Split and inland Dalmatian and Bosnia. It spreads from the NE to SW and is inaccessible from three sides.  Iliryan tribe Delmati built a small stronghold later used by the Romans . It was first mentioned arround 614 A.D. after the invasion of Slavs and Avars. The fortress later  became a royal castle for Croatian kings. Because of it's stategic importance the fortress was under constant attack but very hard to conquer. Up to the 11th Century it was uner the rule of Croatian Kings. After creation of Hungaro-Croatian kigdom it was governed by  Dukes and Croatian noble families.

The fortress proved it's importance once more during the Ottoman (Turkish) invasion in the early 16th Century. It was under constant attack but manage to hold off for 25 years thanks to Croatian captain Petar Kruzic and his military daction „Uskoks“. They faught against the Turks and Venice getting a reputation of fierce warriors. After the fall of Klis in 1537. „Uskoks“ moved to Senj.

Klis was shortly liberated in 1596 by nobleman from Split and surrounding towns but had to surrender the same year since the Ottomans attacked with arround 10000 souldiers. It was finally liberated in 1648 by the Venetians during the Candian war and gave it todays look. They have turned the Turkish mosk into a church and additionaly fortified the fortress.

The Turkish mosk was built in 1537. Shaped as a square and small dimensions it was mostly used  by the souldiers. It was named after Murat-beg Tardić who conquered Klis fortress.

Klis fortress was used in filming Game of thrones as the city of Meereen in season 5.

Hope you found this helpful  and be sure to contact if you want rent a car in Split.